I was super excited to get the invite: A plant-based raw-food brunch at a roving "pop-up" restaurant at an undisclosed Paris location. Hip and vegan! In Paris! The entry price for this Sunday underground event? €35 euro per invitee. More than I'd usually spend on brunch (or "lunch," as I like to call it), but I'd just gotten paid and considered the mild splurge an early birthday present to myself and my date--a fellow Scorpio and raw-food fan.
Having committed to a Halloween party the night before, I wasn't sure how knackered I'd be after a night of spooky festivities, so I didn't commit until the 11th hour: Sunday morning, to be precise. When I emailed asking if there was still availability, I was surprised by the prompt response saying there were two seats left for the 1pm seating. OK: We'll take them!

We found Amelie's place easily; it was a mere fifteen-minute walk from our front door, up the street that sidles along the old graffiti-plastered rail-road tracks and into the 18e arrondissement. In a mid-century apartment complex, up several flights of steps, we were ushered into a bright and airy living space with pleasant green views out the windows and clean, modern decor indoors.

Amelie, who lived and studied in Canada for several years, let me grill her about her raw experience while she prepped the plates for the brunch's six paying guests. She also put up with my ooh-ing and ah-ing over her high-tech dehydrator and other pretty, utilitarian cooking accoutrements. 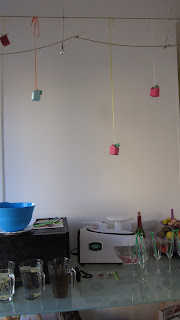 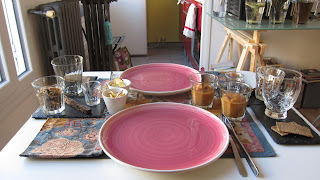 The dining area was divided into two spaces: A small table for two on one side of the room, and a roomier table for four on the other. Both tables had been set with plates, utensils, and an intriguing melange of edible treats.

We were the first guests to arrive; five minutes after our entry, two others turned up. We learned they were married, and that he was a photographer, and she an artist. They knew Amelie's husband Benoit--also a photographer--which is how they discovered the event. Neither were vegan nor raw, but they said they enjoyed trying new things. How very un-French of them! 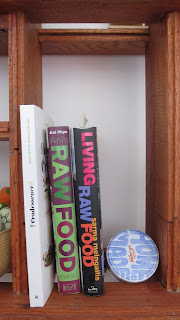 Next through the door was Palma, whom I'd met before at a raw chocolate-making class over the summer. She's Italian and very bubbly. I love listening to her speak French with her heavy Napolitan accent. Right behind her was the final invitee, a tall, friendly, stylishly dressed woman who drove in from the suburbs to share the dining experience. 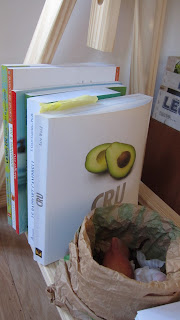 While we mingled and chatted and enjoyed each other's new-found company, Amelie proposed that perhaps we join together the two tables so we could continue the convivial conversation while we dined. We did and it was a great idea.
We were offered a variety of water-and-herb infusions to drink--lemon and thyme, lemon and sage--followed by a vivid pinky-red elixir served in a champagne glass. It looked healthier and more refreshing than any bubbly I've ever sipped.

None of us knew whether the stuff at the table, which had a dessert-y look about it, was meant to be eaten then or at the end of the meal, but all of our hands migrated to the little glasses of granola and even tinier glasses of home-made almond milk, and the miniature cups of dehydrated apples with rosemary. We made a collective, if silent, decision to leave the compote with the chocolatel-y looking thing on top for the end. 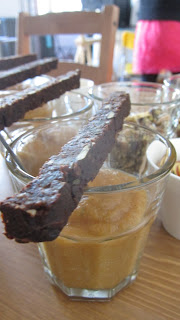 At last, the plat principal arrived; a savory layered confection with a hint of curry flavor and a soft, flax-seed crust. I loved the fresh flavor of the root-vegetable "noodles," the turnip greens, and the soft, dehydrated squash. It needed a bit of salt, but nothing more. 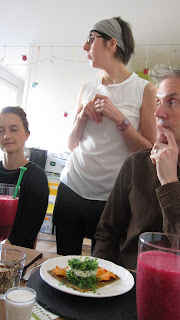 When we'd devoured every last morsel on our plates, scraped our compote cups clean, sipped the remaining  drops of juice from our glasses, and dabbed the final crumbs from the chocolate confection and licked them off our fingers, we rose from the table ensemble to bid our farewells and head back out into the streets of Paris to enjoy the remaining hours of a sunny autumn Sunday.
Posted by Aurelia at 4:16 AM

Are you a vegan/vegetarian planning a trip to Paris? Get this Guide! 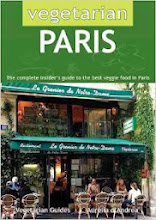 Fresh off the presses: Vegetarian Paris, a comprehensive guide to all things vegan, vegetarian, and awesome in the City of Light!

You'll love Swell!, a quarterly magazine for vegan-leaning women interested in adventure, feeling great inside and out, and living well.

Moving to Paris and need help figuring it all out? 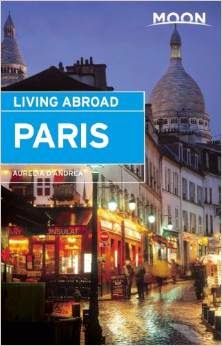 Learn everything you need to know about visas, housing, finding employment, and having fun in the City of Light!

Aurelia
Francophile. Vegan. Unabashed dreamer. Throwing caution out the window to live a life of adventure in one of the world's most beautiful cities.